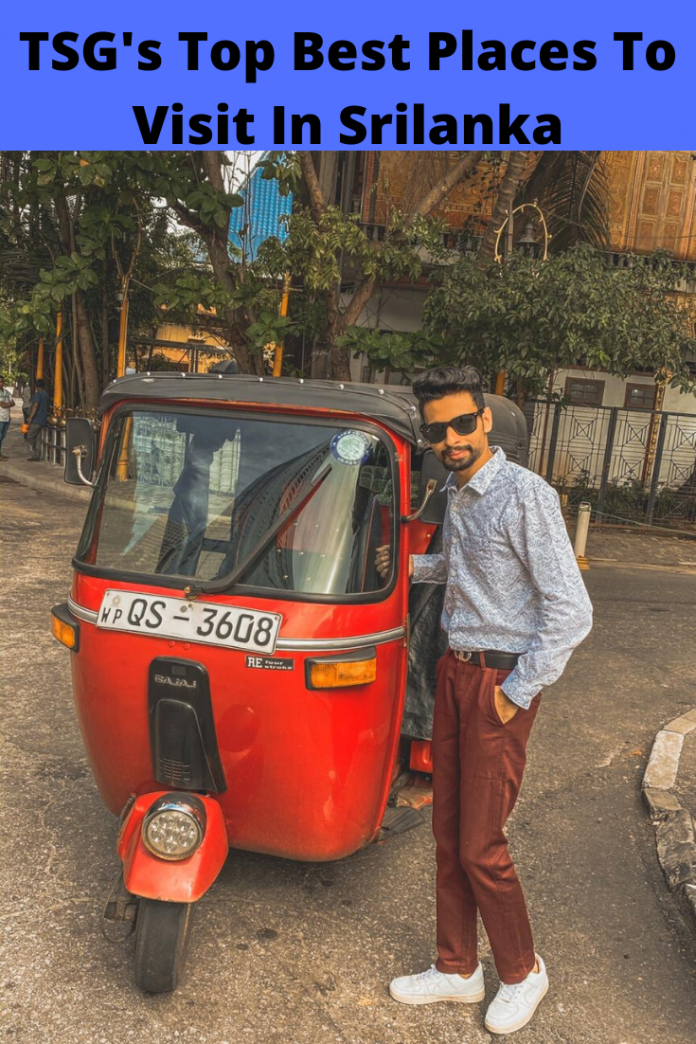 A small but beautiful country located in the India Ocean, just off the southeastern coast of India, is rightly known as the Pearl of the Indian Ocean. Sri Lanka, known worldwide for its beaches, temples, plantations, national parks, and great culture and civilization, forms a major tourist attraction. It’s often said “To travel is to live” and if one wants to experience utmost happiness and tranquility, then Sri Lanka is worth exploring. Here are some places you cannot miss while exploring the country: 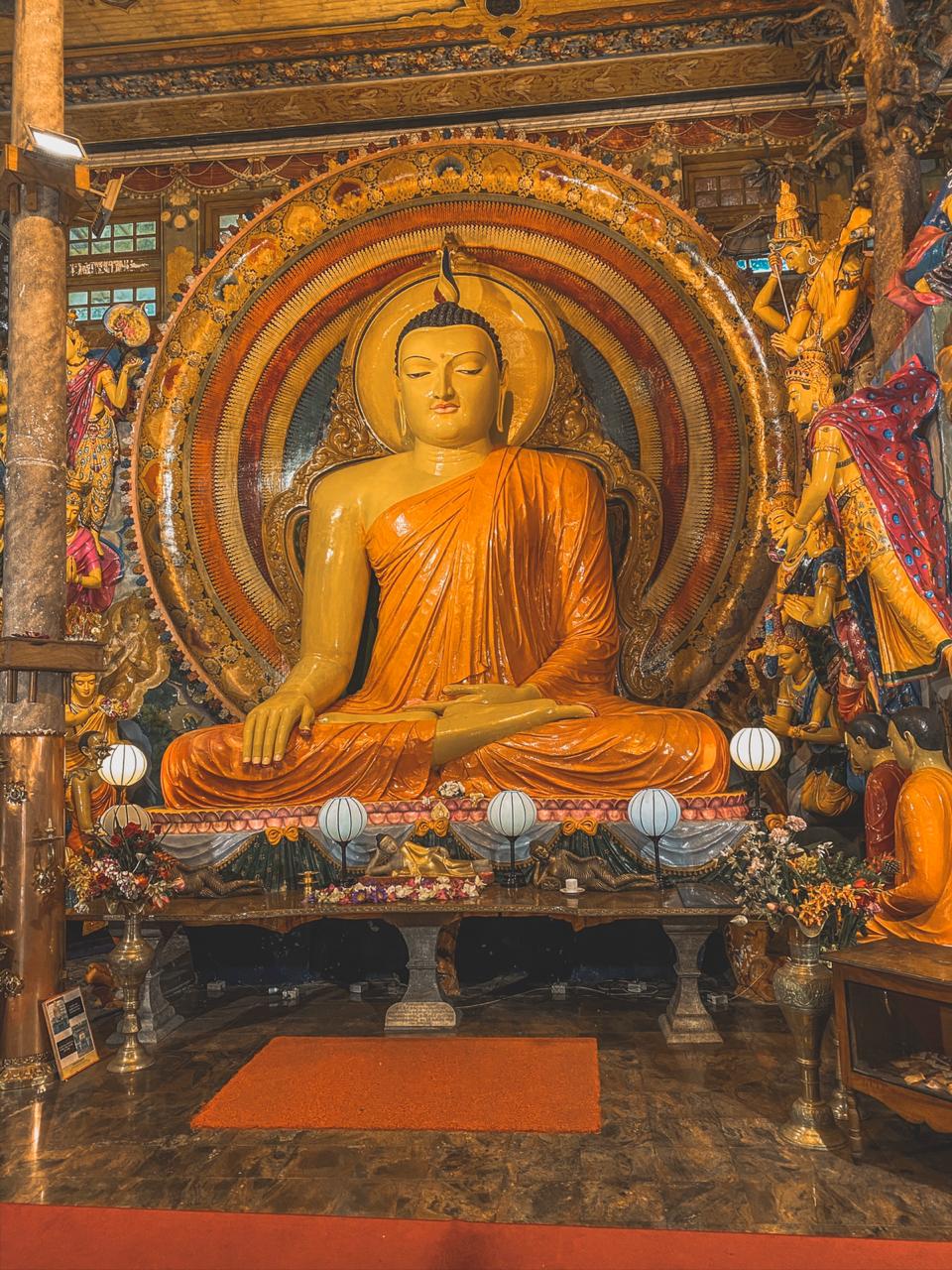 The Gangaramaya Temple, not only is a Buddhist temple but also a center of learning and has been home to several erudite scholars. The architecture is a collaboration of several cultures including Sri Lankan, Thai, Chinese, Indian. The temple is Colombo’s oldest and biggest temple and is sure to leave you mesmerized. Another Buddhist site that is sure to interest you would be Ridi Viharaya, situated in Ridigam village of Sri Lanka displays the rich heritage of the country. 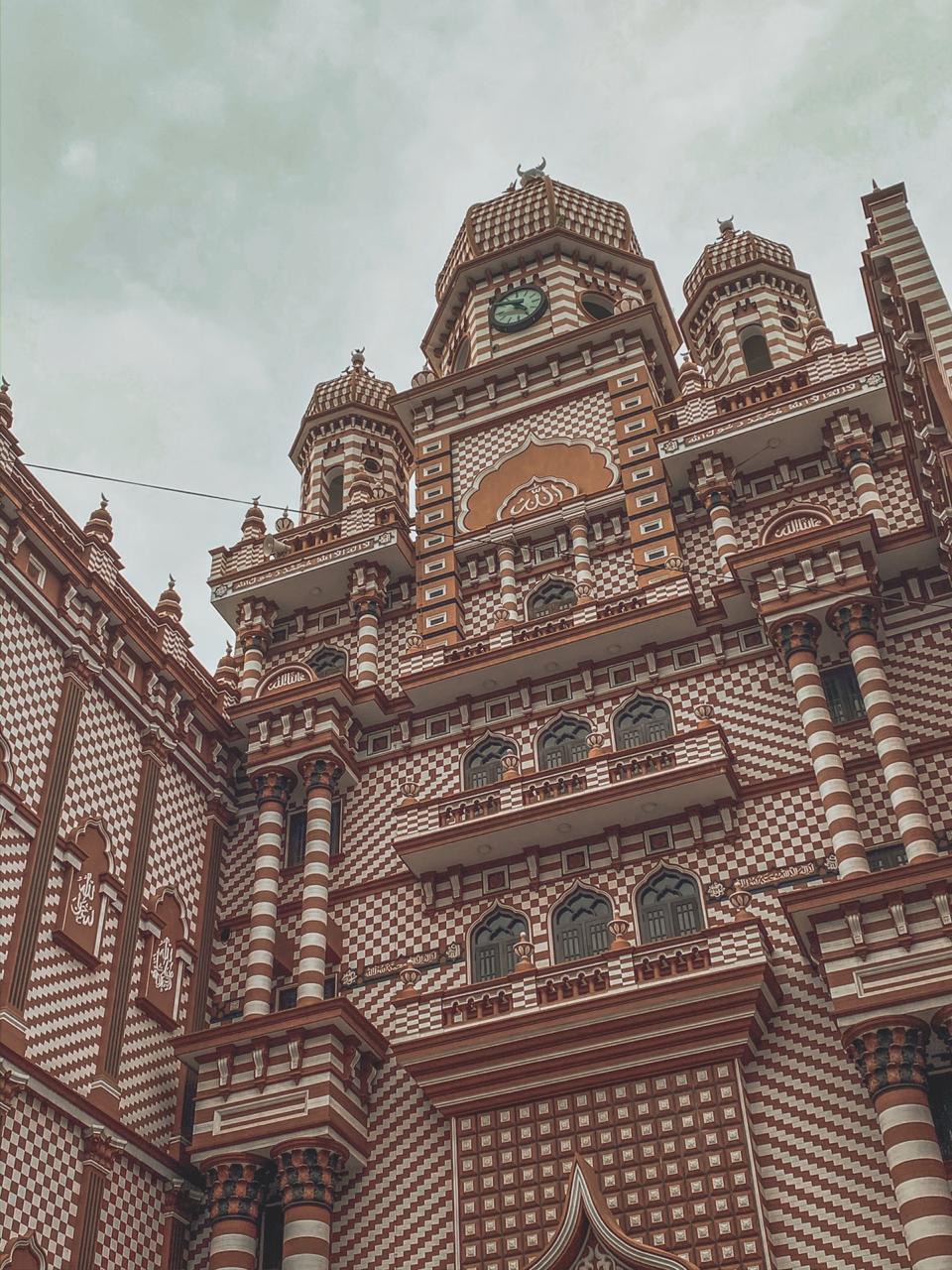 Jami-Ul-Alfar Mosque, commonly known as the Red Mosque located in Pettah, Colombo is widely known for the intricate red and white candy-like appearance and draws its inspiration from Indo-Islamic culture. Besides all the historical and archaeological sites, Sri Lanka is famous for its accessories and gems which are easily available and affordable at the Pettah Bazaar. 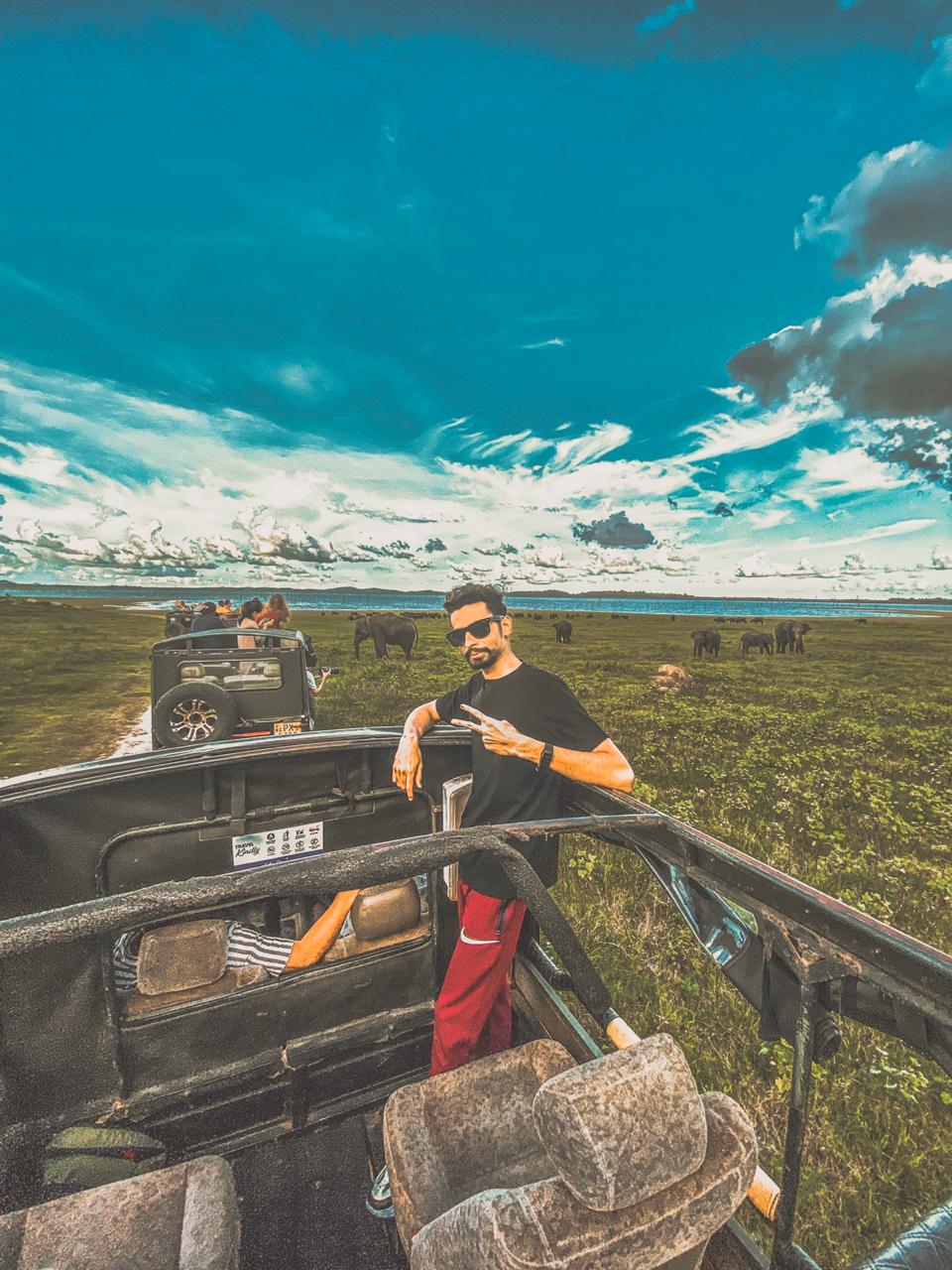 The Kaudulla national park in Polonnaruwa city of Sri Lanka is a bucket list aspiration for tourists. This place is an absolutely incredible wildlife spectacle. The Jeep safari of the national park is a must-do. The serene trails are sure to leave you captivated. Mainly known for its Elephant Species, the park is also home to several other wild animals including the water buffalo. During the Jeep Safari, we witness the unique behavior of these creatures which leaves us enthralled. 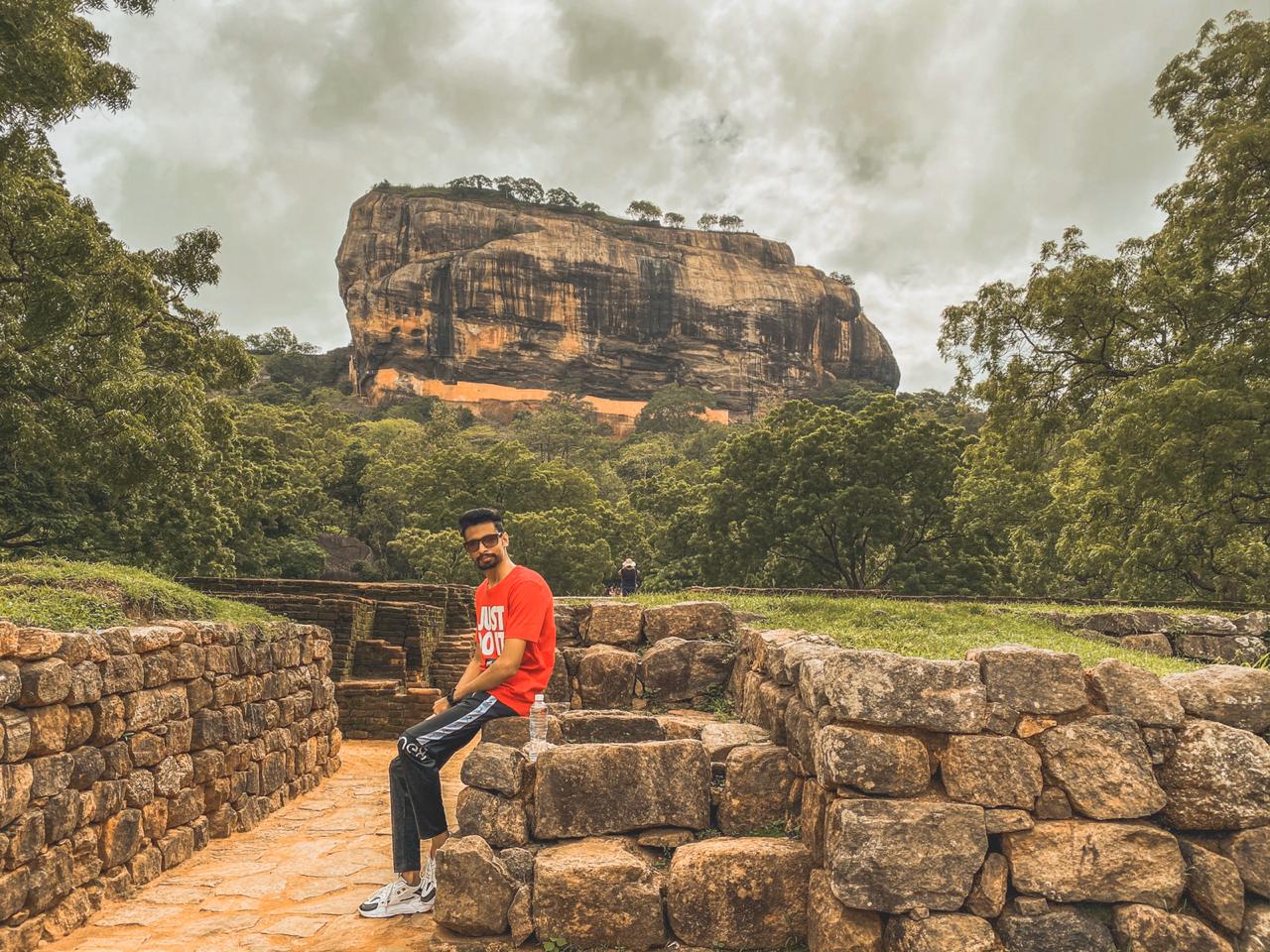 The Sigiriya Rock Fortress, a UNESCO world heritage site is a massive column of rock nearly 200m tall. According to mythology, the site was selected by King Kashyap as his new ruling capital. The fort with its beautiful gardens and illusionary waterfalls gives an appearance of grandeur. In order to reach the top, one has to climb around 1200 steps making the climb extremely strenuous but worth it too. After the climb, you reach the lion fortress on the top. 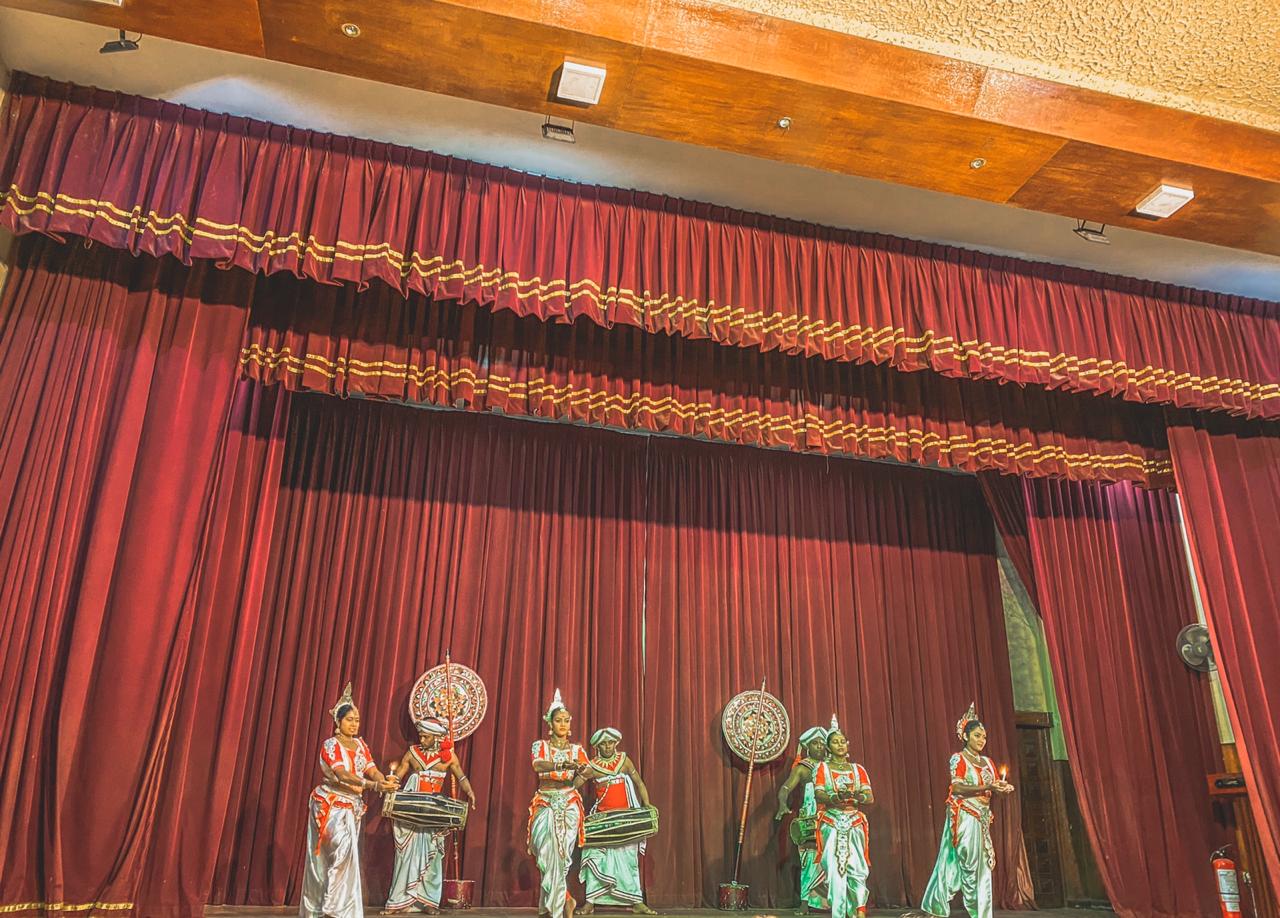 The Kandy cultural show is the best portrait of Sri Lankan culture and history. Our eyes are transfixed on their costumes, makeovers, strong expressions, and stage presence. They give out an impactful message by way of dances and skits. This show should definitely be on your to-do list.

It’s always a good idea to spend the day by the beach or in a city, but it’s a splendid idea of spending it by nature, between the clouds, among mountains and valleys. This thought brings us to Nuwara Eliya, a naturally landscaped area surrounded by tea plantations, is known for its temperate cool climate, making it the coolest place in Sri Lanka. The proximity of this place to the sky, makes you feel like you’re in the castle of clouds.

Nuwara Eliya is predominantly known for its Tea Plantations and Tea Factories which is the main source of income and provides occupation to both men and women. You cannot miss the visit to the Tea Factory. The factories deal in a variety of flavors of tea and elaborately describe the tea making process to the tourists and the tour also includes tea tasting.

Take a Train from Nano Oya to Haputale 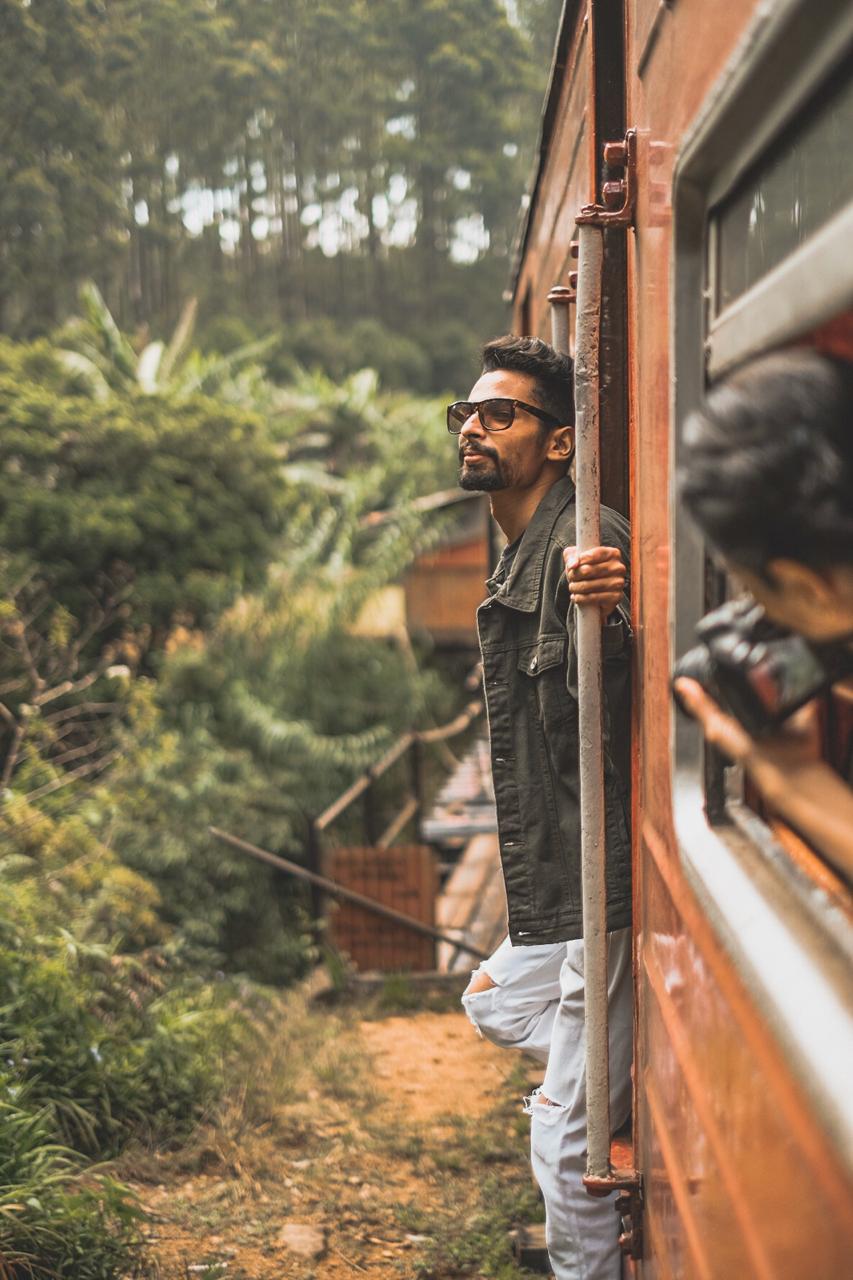 Traveling by road can be fun and comforting, but trains have their own charm. If you think Europe has the most scenic train journey, you are gravely mistaken! You’ll find one of the most scenic train journeys in Sri Lanka from Nano Oya to Haputale. It’s a beautiful ride through lush green plantations, valleys, waterfalls, rice fields, and endless mountain views. It is a super affordable way to witness the magnificent countryside. Of all the unforgettable sceneries, the change in the intensity and variety of the green color is bound to capture your heart. The placid trails and the glowing green color give you a feeling of euphoria and peace.

The Adisham bungalow, located in Haputale is a country house with antique furniture and fittings which is open for visitors. It was built by an English aristocrat and has been converted into a monastery. It is the kind of place that the peace lovers dream about. Currently, it is owned by the catholic church of Sri Lanka. The gardens are fruit and flower estates and the upside of the bungalow has an eucalyptus forest. Adisham bungalow is not in any way a commercial guest house. Wrapped in misty mountains, the bungalow is sure to attract the attention of every eye. 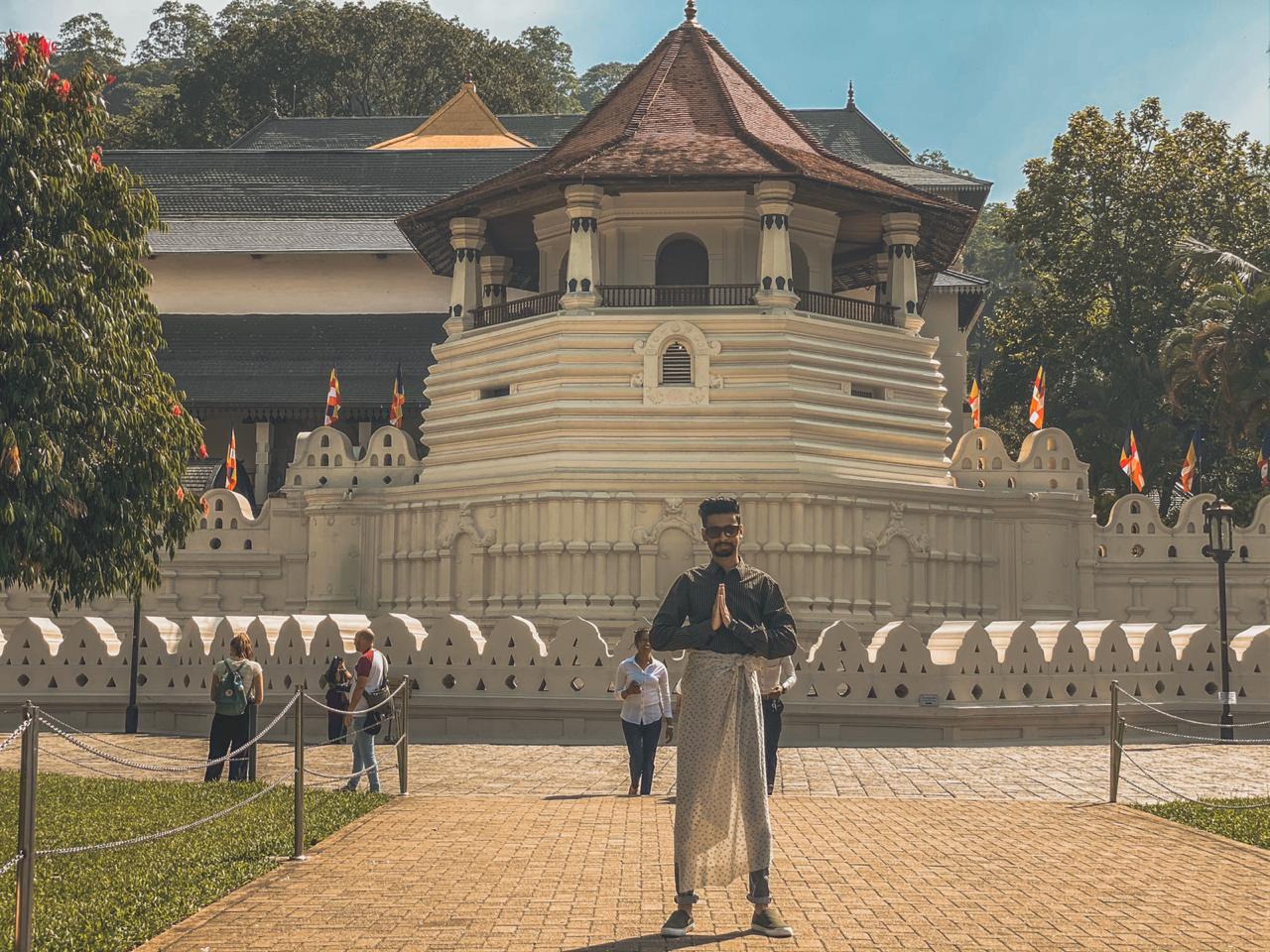 Located in Kandy, Temple of the Sacred Tooth Relic is the oldest Buddhist Temple in Sri Lanka containing an important relic – Buddha’s tooth. It is kept in a golden casket in the main shrine. The complex includes a series of smaller temples, shrines, and museums. The relic is said to play an important role in politics, whoever holds the relic will hold the governance of the country. On Wednesday, weekly cleansing of the tooth takes place with a herbal preparation.

The Galle fort on the southwest coast of Sri Lanka is built by the Portuguese and then fortified by the Dutch. A defense fort, made up of granite stones and coral, is a UNESCO world heritage site. Initially, the fort was a busy port for trading. It also became the place where the Portuguese landed, and later fell into the hands of the Dutch after a combined attack on it. One can see the British and Dutch inscriptions on the walls even today. The recent addition to the fort includes the lighthouse Galle, which is located towards the east.

Witness Endangered species of Turtles at the Kasgoda Turtle Hatchery 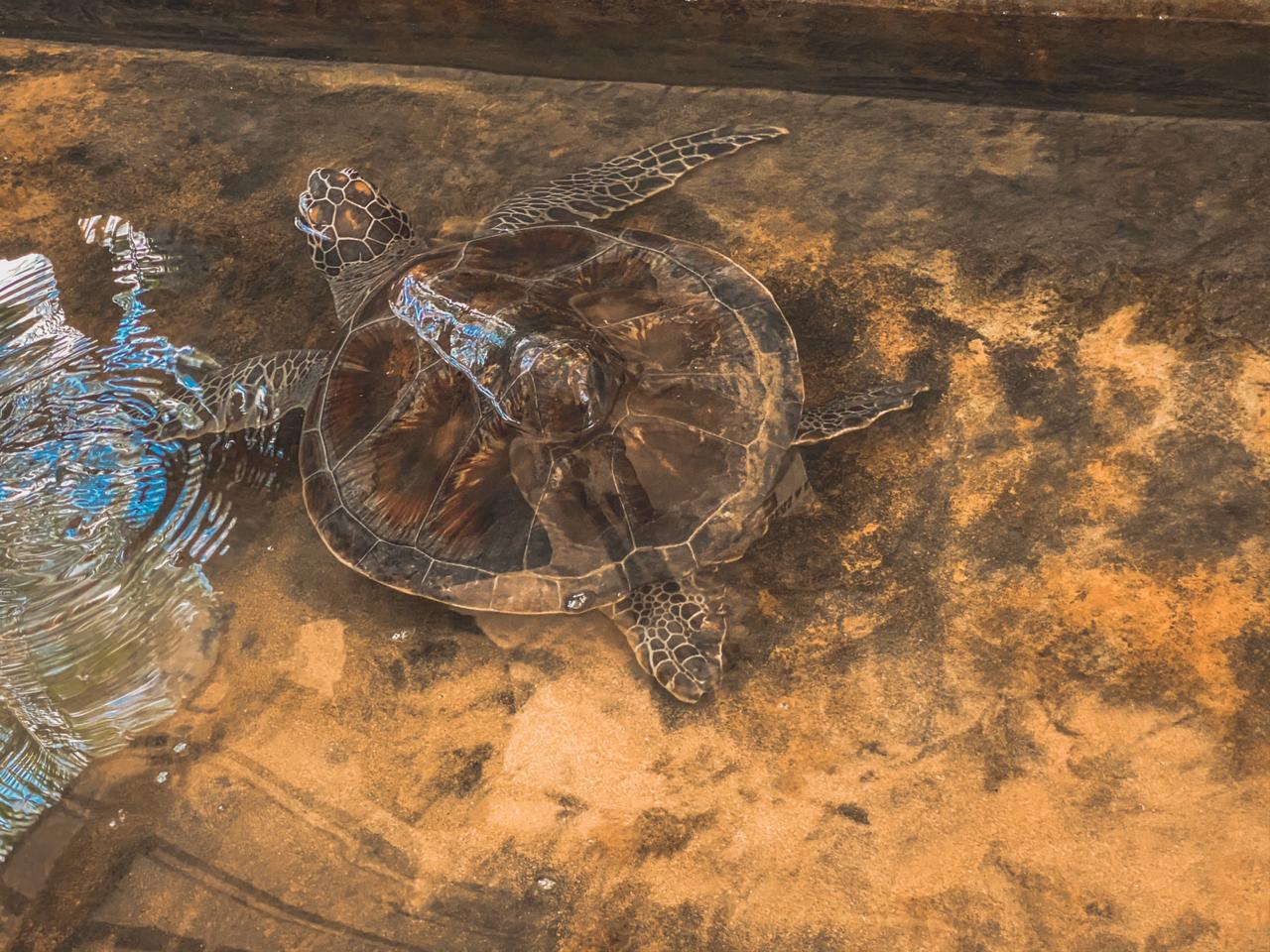 The waters of Sri Lanka are teeming with sea life, including endangered species like the sea turtles. The Kasgoda Turtle Hatchery is home to many species of turtles and makes huge efforts to increase the rate of hatching and survival. The turtle hatchery is open to visitors who can feed and play with the turtles.

If you want to let your hair down and experience a Sri Lankan Beach holiday, then Bentota beach is where you should be beheaded. A typical tourist spot with a range of restaurants and bars along the stretch of the beach, giving a party vibe. It’s the best place to visit if you want to get away from the hustle of city life. Famous for its water sports like surfing, snorkeling, scuba diving, Bentota is also known for its dense mangroves. The Bentota Boat Safari gives you a tour of these mangroves. It also specializes in medicinal and relaxation spas. 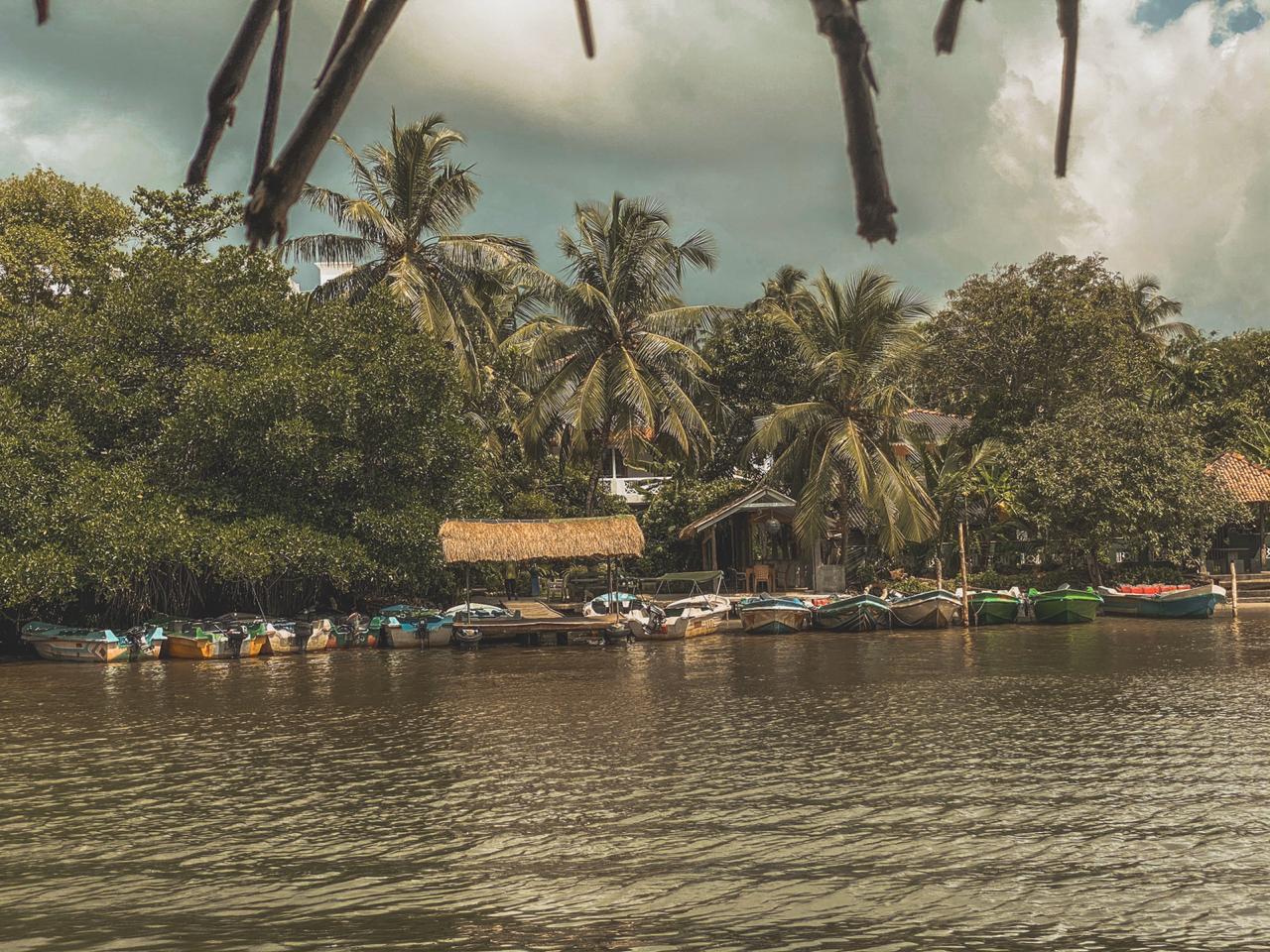 It’s said, “The world is a book and those who don’t travel only read a page.” So, what are you waiting for? Do you want to be stuck on that page of your life or want to explore the entire book? And trust me, Sri Lanka should definitely be on your bucket list!

I was invited on a fAM trip by Srilanka Tourism Promotion Bureau. 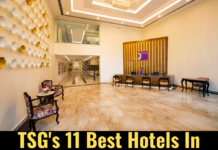 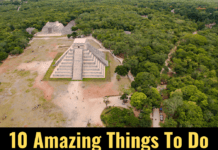 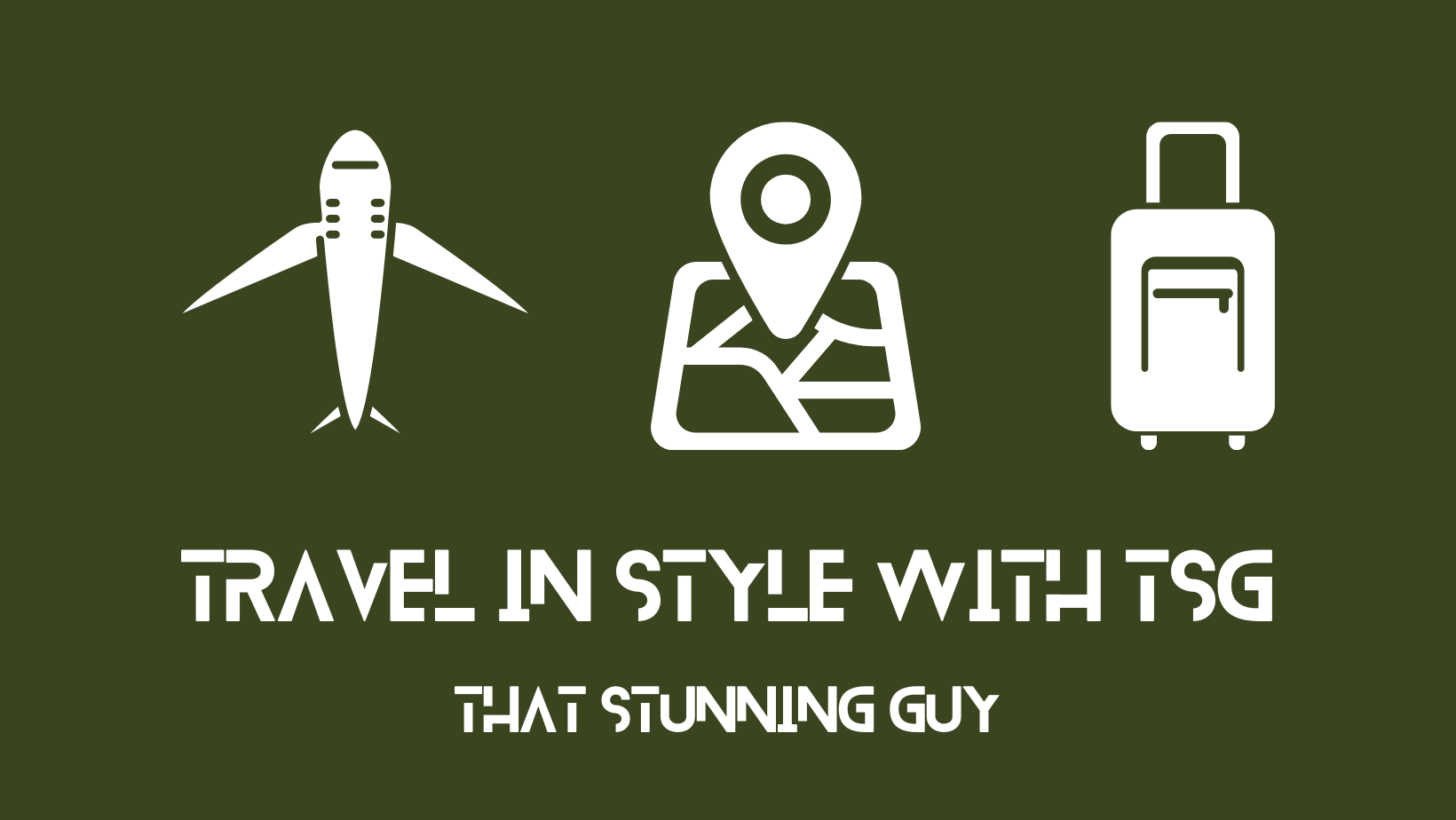